A Blessing For The Diocese It was a very great pleasure to attend the Ordination to the Priesthood of five young men at St. George's Cathedral earlier today.

Unfortunately, I'd had to set up for the Saturday morning Mass and Exposition at Blackfen, so I arrived late, and spent most of the occasion stuck behind a pillar. I got up to take this photo from the back...

Many congratulations to Fr. Samuel Davey, Fr. Valentine Erhahon, Fr. Stephen Haines, Fr. Thomas Lynch and Fr. Leonard Tatt. God bless them for their generous response to his call! And please do keep them in your prayers as they begin their priestly ministry.

UPDATE: There are a few photos up on the Catholic Church (England & Wales) Flickr pages.
Posted by Mulier Fortis on 20.7.13 No comments:


...lady, you can clap your hands all you like. That might get a response from a dog, but kitty cats have standards... no way is a cat going to play second fiddle to you as some sort of prop for your story...
Posted by Mulier Fortis on 19.7.13 1 comment:

Cardinal Furretti has decided that the weather is a bit warm, and so she's started to sleep in the sink... 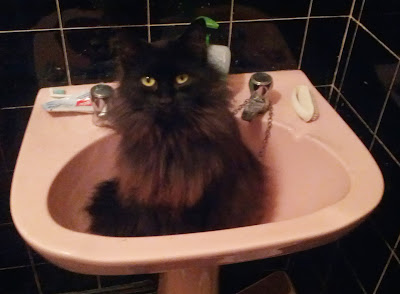 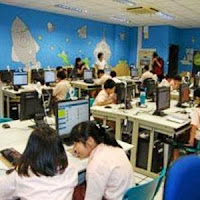 A fortnight ago, I had a little rant about the politician who had the gall to suggest that school Summer holidays were too long, and this was having an adverse effect on student attainment.

I pointed out that, since he went to an independent school, his holidays had been much longer, and I doubted that he felt disadvantaged. I went on to suggest that, actually, this was part of the Government agenda to keep children at school so parents would be free to work instead of actually getting to interact with their own children. After all, the parents might actually teach their children to question Government policies, and that would never do.

As an aside, do you think that politicians forget what they've been debating over the long parliamentary recesses?

Technically the news was focusing on schools being able to choose their own holiday dates, but I am rather a cynical type, and I griped that this would be a way for the schools to shorten the holidays without too much fuss, and added that I thought that schools would be encouraged to lengthen the school day too, so as to make collecting children on the way home from work easier...

Well, I never expected to be proved absolutely right quite so quickly!

Today's Telegraph Online reports that the Department for Education is planning to improve the provision of affordable childcare by (among other things) encouraging schools to open for more hours of the day and more weeks in the year.

They have even suggested that schools hold "sleepovers"...

Back in May, I advertised the Good Counsel Network's annual sponsored walk from Wandsworth to Wapping, and suggested that people might like to go along, sponsor someone, pray... or all three.

I doubt very much that it was my influence, but one of my fellow parishioners, Antonia, is planning to do the 13 mile walk with some (or possibly all) of her family. She's hoping to raise £500, and so, if you can, please go over to her JustGiving page and make a donation.

The Good Counsel Network relies totally on your donations in order to offer practical help and support to women who might otherwise think they had no alternative but to have an abortion.

It is all very well to be "pro-life" on paper, but we have to be ready to back it up by our actions. If you can't support the cause financially, then do remember to pray!
Posted by Mulier Fortis on 15.7.13 1 comment: