What's that, dear chap? You say that you shouldn't have fetched up in hell because some Cardinal told you it was ok to start off considering the good things about your life, despite your living in a state of mortal sin, as, that way, you would eventually move towards conversion...?

Sorry, old bean. In your case, I'm afraid, you didn't move towards conversion fast enough and you died in a state of unrepented mortal sin. Which is why you've fetched up down here...

You must have missed hearing the quip by St. Augustine (much quoted by St. Alphonsus) that "God promises us His grace, He does not promise us tomorrow."

Between you and me, it's always much safer to listen to what those Saints said, rather than some mere Cardinal. Especially if those Saints are also Doctors of the Church... There are even some rather good summaries of their writings on the internet, just in case you don't get to hear them from the pulpit...

Yes, I agree... the Cardinal's letter was misleading, and that Synod report wasn't so merciful after all, but there's no guarantee you'll be able to take it up with him here later. You see, we're not absolutely certain it was a mortal sin on his part... there has been some discussion as to whether he was awake during the lectures on sin at seminary... or whether they were on the curriculum at all... Twitch of the mantilla to Rhoslyn Thomas, SPUC's Youth Officer, for this initiative.
Posted by Mulier Fortis on 23.10.14 No comments: 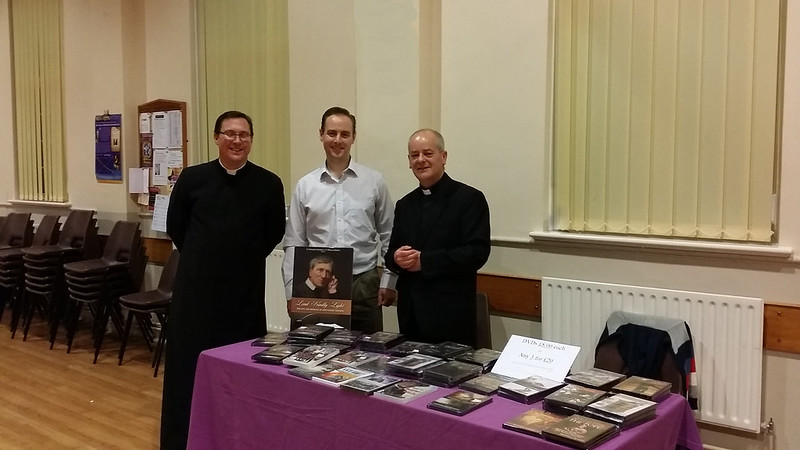 St. Anthony Communications does not receive any money from outside bodies, so it is totally reliant on the sales of its DVDs in order to produce further films. Do visit the website to see what else they have to offer.
Posted by Mulier Fortis on 19.10.14 No comments: