I didn't take many photos, but they are up on Flickr if you want to have a quick look.
Posted by Mulier Fortis on 31.5.13 1 comment: Links to this post

A Problem With Nomenclature...

Unlike Mothering Sunday, which is a real Church feast (Laetare Sunday, the fourth Sunday in Lent), Fathers' Day is an invention of the greetings card industry which wanted to cash in. Times change, and no-one sends greetings cards these days, so the field has been left wide open for restaurants to jump in on the act. 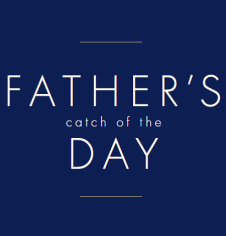 Strangely, Parent 1 Day and Parent 2 Day don't seem to have the same appeal...
Posted by Mulier Fortis on 31.5.13 2 comments: Links to this post There are a few more photos over at my Flickr page. It was a lovely evening to honour a truly remarkable woman. Many heartfelt congratulations to Dame Joanna, DSG!
Posted by Mulier Fortis on 29.5.13 1 comment: Links to this post

Auntie Being Economical With The Truth...? 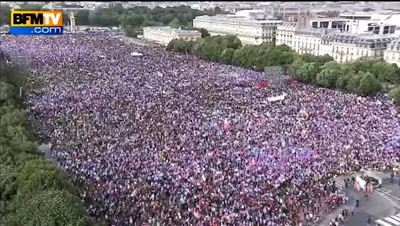 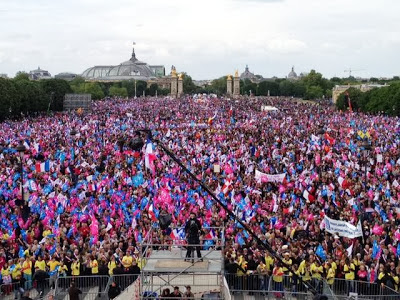 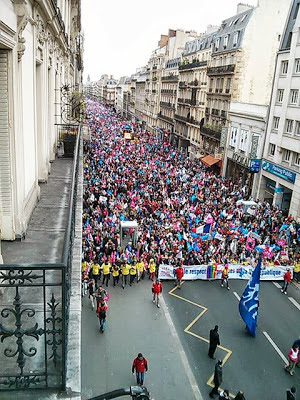 Nothing like a bit of British Broadcasting Company understatement...

After all, if the police have estimated 150,000 protestors and the organisers have suggested a figure closer to 1 million, then it is obvious that one has to plump for a figure somewhere between the two, no?

It would seem that the BBC consider the answer to that one to be a resounding "non" ! Instead they decided to report a far more objective figure of, um, "tens of thousands." 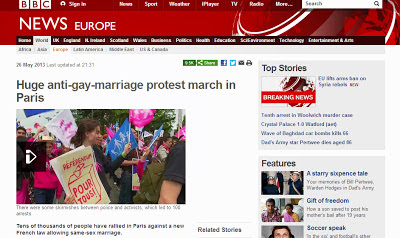 In a similar objective vein, the BBC also reported that "thousands of people" gathered in Gloucestershire for the traditional cheese-rolling races on Cooper's Hill. This time the number of spectators was around 3000.

I do hope the reporting by the BBC on the British economy doesn't employ the same level of estimation.

I suppose we ought to be thankful that the Beeb actually reported the Manif Pour Tous march at all. And, to be fair, they did say that it was "huge."

The photos are from the Manif Pour Tous Facebook page. Twitch of the mantilla to His Hermeneuticalness for the link.
Posted by Mulier Fortis on 28.5.13 7 comments: Links to this post