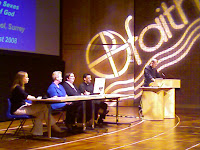 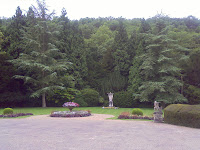 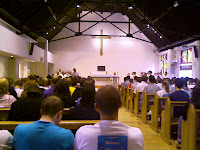 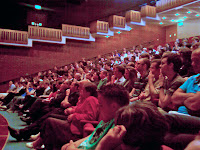 There were over 230 participants, and the atmosphere was pretty fantastic. Each day there were talks, time for questions, discussion groups, and the Liturgy of the Church - Mass, Morning Prayer and Compline each day, the opportunity to attend Exposition and Benediction each afternoon, and a Reconciliation Service on one evening; there was also plenty of free time each afternoon, as well as a ceilidh on one night and an "Entertainments Evening" on another. I can't wait for the Winter Conference!
Posted by Mulier Fortis on 9.8.08 3 comments: I shall now go off to Woldingham to recover from the emotional turmoil. Blogging resumes Friday, unless I can find a computer!
Posted by Mulier Fortis on 4.8.08 1 comment: