An Alternative Magisterium... And Another "Exclusive" From The Mulier Fortis! 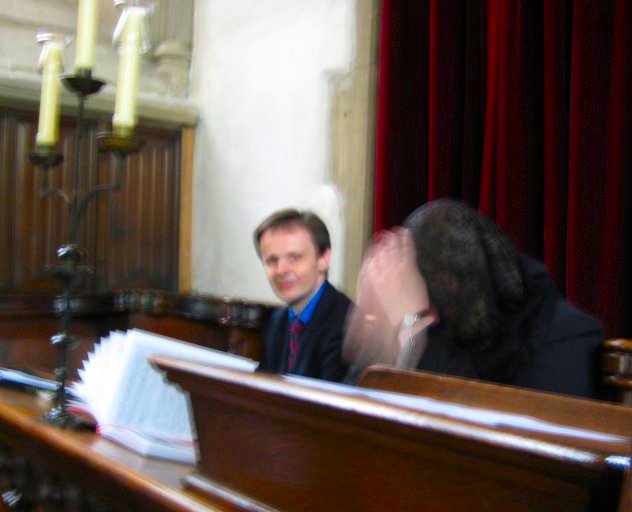 I mentioned before that Damian Thompson was sitting next to me at the High Mass I attended at Merton College, Oxford. I spoke to him briefly to say how much I enjoyed reading his blog, but forbore to mention that I had a blog of my own: I'm extremely small fry in comparison with the Editor-in-Chief of the Catholic Herald and author of Holy Smoke, one of the Daily Telegraph's blogs. I have, however, been waiting eagerly for his take on the Merton Conference. Thanks to the tireless work of überblogger extraordinaire Fr. Zuhlsdorf, Damian's article on the Conference has been tracked down... somewhat confusingly, it's in the Sunday Times.

It's very interesting. I particularly enjoyed the oblique reference to the snippet of gossip which I was responsible for releasing into the Catholic Blogosphere, namely the discussion by the Bishops of England and Wales at their Low Week meeting on how they should attempt to "rein in" priestly bloggers.

"He [Bishop Malcolm McMahon] also tells Father Tim Finigan, author of the Hermeneutic of Continuity, the most influential of all the conservative blogs, to keep writing. Which is interesting, given that the Bishops’ Conference would dearly like to stop that particular blog."

A further snippet has come to my attention: allegedly, their Lordships are a tad concerned that His Hermeneuticalness is likely to become an "alternative Magisterium."

Heheheheh... Remember, you heard it here first!
Posted by Mulier Fortis on 10.8.08