Yes, I know. Over four months since my last post. I haven't been doing very much other than napping next to my cat. There are only so many times one can complain about how slow the Bishops have been in insisting that churches can open up for Mass and the other Sacraments!

The Lockdown in the UK, which was originally for three weeks in order to "flatten the curve" and ensure that the NHS wasn't overwhelmed with Covid19 patients (while acknowledging that the over-70s and those with severe health problems would need to shield themselves for an unthinkable 12 weeks), has actually lasted considerably longer. 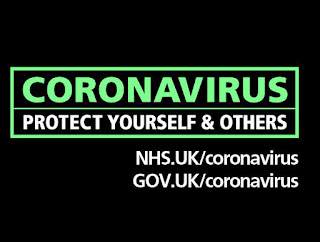 I have to concentrate on England now, because Wales, Northern Ireland and especially Scotland have each gone their separate paths with regard to rules and regulations. Lockdown here was first eased up a bit in mid-May, 52 days after the proper start on 23rd March, 2020. It took a further 52 days before Catholic churches were allowed to open for Mass again - and only under very strict regulations with contact numbers and names being required, social distancing requirements drastically reducing seating capability, one-way entry and exit systems, and no choral or congregational singing allowed.

I suspect that the hierarchy would have preferred to keep the churches closed for longer, only one or two of the bishops noted that shops, pubs and restaurants were open again, and proceeded to push hard against the ridiculousness of it. Faced with embarrassing pastoral letters being issued from one particular diocese led by a bishop still in possession of a backbone (neither Southwark nor Westminster), their Lordships decided to pretend they had been demanding church reopening all along.

It took a further 41 days for the Government to read up on the science behind sound transmission (Hint: soundwaves travel because of rarefaction and compression of air molecules, not because of the air molecules themselves moving from one person's mouth to another person's ear, and the virus travels in water droplets, not on soundwaves) and declare that small choirs can go ahead and sing. Strangely enough, there didn't appear to be much of an announcement of this from the Church hierarchy, even when our choir director (unwisely, IMHO) actually rang up to ask. Maybe their Lordships were tired of listening to repeated renditions of "Here I am, Lord", or "On Eagle's Wings."

In the absence of official guidance, our Choir director decided that the Government's permission was sufficient, and our choir started singing again at the TLM Missa Cantata on Sundays from the start of September - it's still being livestreamed because not everyone can fit into the church, given the restrictions. It has been noted that, compared to the other Masses offered, the TLM is the best attended. I suspect that the greater emphasis of the Real Presence and the sacrificial aspect of the Mass found in the usus antiquior correlates with a greater desire to attend in person, despite there being no formal obligation to do so.

In total, it's been 192 days since Lockdown was first fully imposed here. That's 23 weeks longer than initially proposed, and there are talks of further restrictions being reimposed. This is no longer being done to prevent the NHS from being overwhelmed, because, although the number of cases being diagnosed is increasing rapidly, this is not reflected in either the number of deaths nor the number of hospital admissions. Many of the cases are false positives - the tests detect fragments of viral DNA, not live viruses, and there are other coronaviruses - and also many of the cases are completely asymptomatic or have very mild symptoms.

I wonder how many of the cases are now being seen in teenagers who would normally have caught colds & flu in school and now that the schools have reopened, they are more susceptible to viral infection because they were effectively isolated when the schools shut down for four months. It's interesting to note that, in previous serious 'flu seasons (with Swine 'flu, Bird 'flu and so on) staff and students were expected to attend school because every day missed had a terribly bad effect on an individual's educational attainment. Now, if one person gets a cough, it can result in a whole school closing (for Primary schools) or a whole Year Group being sent home (for Secondary schools) to self-isolate until the individual concerned has had a Covid19 test returned as negative.

At the moment, the number of deaths from Covid19 is below that of deaths due to 'flu and pneumonia (this is assuming the deaths are actually *due* to Covid19 and not just deaths which have occurred within 28 days of a positive test... even this is a major improvement as, for some time any death which occurred following a positive test result at any time previously was counted!) and the 'flu and pneumonia deaths are at the level of the five-year average for this time of year (despite the protection against viral transmission supposedly offered by masks!) This is not being widely advertised on the mainstream media. Bars and restaurants have a strict 10pm curfew. You can only meet in groups of six individuals, including children (despite the fact that schools have students in classes of 30, and that bars and restaurants may have many groups of six present.) Masks must be worn when you leave your table to visit the toilet, and may then be removed - this means that people are being required to handle their masks far too often to avoid the spread of infectious particles. The inconsistencies render the whole business completely farcical.

A lot of people are being frightened by the tone being taken by the preferred posse of experts being trotted out by the politicians (dissenting voices, no matter how well-qualified, are being forcibly silenced), and we are starting to see how quite ordinary people could be relied upon to inform on their friends, families and neighbours to the authorities for non-compliance with rules and regulations in a manner usually associated with the former Soviet Union, the East German Stasi, and the Nazi Party. Now *that* is what I find frightening.