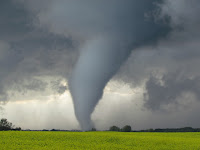 One of the reasons given by the mainstream media for failing to cover the horrifying story of Kermit Gosnell was that this was only of local interest, and it was being amply covered in Philadelphia itself.

Somehow or other the story of three women freed after being held in captivity for ten years in Cleveland, Ohio is not just of local interest. Maybe Ohio is just more of an international hub than Philadelphia.

Mark Lambert has written a very perceptive post on the media's choice of what counts as newsworthy.

Going back to Gosnell's trial - the jury is still deliberating. It will be interesting to see whether the case gets any more coverage once a verdict is reached. So far, other than the Telegraph blogs (Damian Thompson and Tim Stanley) and one article in the Telegraph USA news section, the only other UK piece I've found via Google has been in the Guardian... the latter, interestingly, actually blames pro-life activists for forcing women to have late abortions. If better sex education, contraception and abortion were more widely available, Jill Filipovic argues, then Gosnell and his ilk would never be necessary...

I mean, it is obvious, isn't it? After all, look at what has happened here in the UK. The sex education available since before I was a teenager (becoming more and more explicit at earlier and earlier stages as far as I can see) with free contraceptives available in school and abortion advice given by school nurses has led to a massive decrease in the number of abortions. If demand decreases any more, Marie Stopes will go out of business..!
Posted by Mulier Fortis on 7.5.13

I think the answer is fairly simple. The media is overwhelmingly dictated by men of secular conviction. Amanda Berry is young, (important), pretty (important), and alive; underpinned by a story of forced sex (very important). All of which adds up to the phwoar factor.
Unborn children are the unintended consequence of uncommitted, free-for-all sex and, for many secular men, no more than unpalatable nuisances (her fault; should've been on the pill) and easily disposed of with a simple "get rid of it".
This pity of it is the large numbers of women who have bought into it and suffer with their babies the butchery which follows.