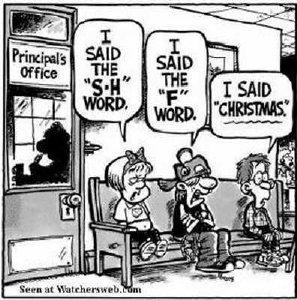 Teachers in England are no longer allowed to state what they believe to be true. Robert Haye was sacked because he told his pupils that homosexual activity is a sin. This was confirmed by the High Court.

Not only was Mr. Haye sacked, but he was banned from teaching anywhere in the country. That decision was upheld by Michael Gove.

On a more serious note, this case has serious implications for all teachers who subscribe to a religious belief - if that belief is contrary to the government's agenda. All that is needed is for a group of students to ask an "awkward" question (and students love to push boundaries) and that teacher can be sacked on the basis of their answer.

A Catholic cannot be a teacher if one must act against one's conscience. Sadly, if the Protestant Revolt in England has taught us anything, it is that too many Catholics went along with Parliament, thus not protecting those who had conformed their minds to the mind of Christ, which is the mind of the Church.

I hope we see brave stands on this and not national capitulation.

Excuse me, Miss Fortis, I know you're talking about the reactions of carbon dioxide, but could you tell me your opinion on homosexual activity while we're waiting for the lime water to turn cloudy?

Excuse me, Miss Fortis, these H-H bonds we've got in hydrogen molecules. Are they the same as gay marriage?

I see you've been attending my lessons, Eccles...

Maybe we will see hedge schools like there were in Ireland?

Those Hydrogen molecules, most interesting.

Quite reactive, always wanting to run off with other (selected) elements, sometimes quite explosively! Opposites attract quite naturally, much more stable, just compare water to Hydrogen gas!

It also burns very well indeed, nice bright flame, and that is without thinking how many tons of the stuff are 'burnt' every minute for the greater illumination of the Sun.

Or were we not talking about chemistry?