There used to be a comedy sketch with two nightclub bouncers whose catchphrase was about "The Management"... I might do a You Tube trawl a bit later to see if I can find anything.  However, if ever there was a feline version, these two would win the lookalike contest paws down...
I've been getting these cat pictures from the I Can Has Cheezburger? site, which has hundreds of pictures, mostly of cats, with silly captions.  You can actually put your own captions on the picture and submit them as well.  For the dog lovers among you, there is a dog version too - called I Has a Hot Dog (Anna and Karen, don't say I never do anything for you!) 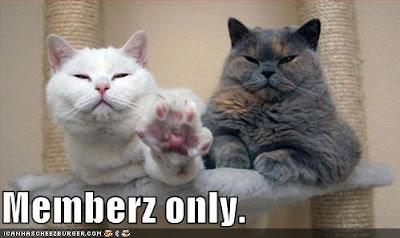 There is a related blog called "FAIL blog" which specialises in showing the really silly mistakes people make with signs, notices and similar.  There are some not-so-funny examples, but there are some which are so funny that you end up crying with laughter, which is good if you need a little light relief in your day...
My current favourites have to include these little gems: 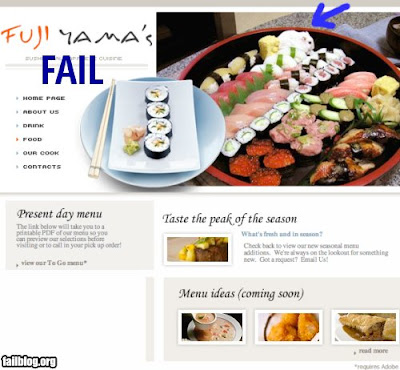 umm... wrong link:
you meant to link to failblog.org,
but link to Anna Arco's blog! :-o

I've been addicted to LOLcats (Icanhazcheezburger) for quite awhile. My hubby and I even use LOLspeak around the house. Yea - I know - we're weird! Things like "I haz a happy" or I haz a mad", can really sum things up.