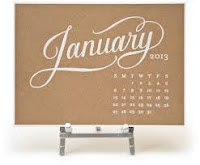 I help in the Sacristy at Blackfen. That means that I have to work with both the Novus Ordo and the Usus Antiquior calendars... it can get a little confusing, especially at this time of year.

This morning was a case in point. I wasn't completely on the ball, and discovered that the Senior MC had set up green vestments, tabernacle veil and antependium for Mass (Third Sunday after Epiphany - no idea why!) when I had been expecting red for St. Polycarp. Zephyrinus was ready to remove the antependium and swap the tabernacle veil to white after Mass as it was due to be followed by Exposition and Benediction. He was then all set to change everything to purple for Septuagesima... only there isn't any such thing as Septuagesima in the Novus Ordo, so it was actually back to green for this evening and 9am tomorrow morning... and then we'll have purple at the 10:30am Mass and green at the 6pm.

I really don't understand why it was necessary to drop Septuagesima in the Novus Ordo calendar. Human nature being what it is, we need the different seasons of the Church's year to be marked out. There is a difference in emphasis between the Sundays after Epiphany and the Sundays after Pentecost. It helps no-one to simply lump them together as "Sundays in Ordinary Time."

And then there is Lent. It is rapidly approaching. I was quite surprised to realise that it's only three weeks away! But without the reminder that tomorrow is Septuagesima Sunday, I wouldn't have made the connection.

Septuagesima is like the warm-up before the race. Lent needs preparation: forty days of prayer, penance and almsgiving doesn't just happen overnight. Now there are three weeks in which to limber up, to work out what to do, and to make those resolutions.

After all, there's nothing worse than making the decision, on Shrove Tuesday, to give up chocolate for Lent, only to find those three bars of Galaxy in the cupboard on Ash Wednesday...
Posted by Mulier Fortis on 26.1.13

Mac
I agree. Ordinary Time is a dreary phrase. It divorces us from the changing seasons of the liturgical year.

How I wish we could go back to the old designations!

I couldn't agree more. Ordinary Time always reminds me of Huxley's year of Our Ford.
How paradoxical it is that as a society we are nuts about preserving ancient churches while at the same time demolishing the old liturgical rhythms for which they were built.

I like ordinary time - it gives a bit of breathing space between feasts. I love these quiet, ordinary days, when nothing major is happening and you can just focus on building your friendship with the Lord quietly.

I suppose we should count ourselves lucky that they only did away with Gesimatide. I read that serious consideration was given to abolishing Ash Wednesday.

The problem, Catholic Coffee, with the argument against Septuagesima that you present, is that we are required to actually undertake concrete action during Lent as part of our preparation for Easter. That preparatory action in itself needs preparation: some food may need to be cleaned out of the cupboards, a spiritual book may need to be ordered, serious thought given to the daily schedule to plan in extra visits to the Blessed Sacrament.

In order to make fullest use of Lent, in order to present ourselves at the beginning of the Triduum as best as may be possible, human nature needs to plan. To fail to plan is to plan to fail; and cues in the liturgy (because that's where the real hints actually are; there is no requirement for fasting and such) make sure we get it. Otherwise we have to keep tabs on where we are in Ordinary Time, which is just duplicated work, and we're not great at doing things off our own bat.

Besides which, the Church and faithful recognised this human need for centuries. What all of a sudden changed in the (late) 20th century that meant that we don't need to do that anymore? Did we suddenly grow awesomeness and extra motivation and self-discipline across the board? Because I totally missed that one.

I totally agree with you, voxinrama. And I'd like to add another thought for Catholic Coffee who said he likes the breathing space between feasts, when nothing major is happening.

Aha! But there are so many beautiful saint's feast days happening all throughout "Ordinary Time", even in the Novus Ordo calendar, that the average Novus Ordo Catholic probably is simply unaware of since they're not celebrated much at all, except maybe in a few select more conservative parishes where a mention might be made.