The Arrival Of Winter...

The weather, for some strange reason, is considered to be a very British conversation piece. I hate to encourage such stereotyping, but sometimes one just has to bow to the inevitable...
The first major storms of winter appear to have hit Britain this weekend. They are slightly later than usual - in 1987 we had "the Great Storm" in the middle of October, which took everyone by surprise (most famously the weather forecaster, Michael Fish*... poor chap!) and ever since then, we seem to have storm warnings and severe weather warnings each October.
Today, I wanted to go along to the LMS Annual Requiem Mass at Westminster Cathedral. I was really looking forward to it, and had originally planned to drive down to Westminster and leave my car in Petty France near the Buckingham Arms. Then I heard that the Lord Mayor's Show was on.
Plan B was also quite enticing: take a cab to North Greenwich, and then the Jubilee Line up to Westminster... almost as easy as Plan A, with the added advantage of being able to indulge in a glass or two of something bracing to keep out the damp.
This morning, as I got ready for the usual Saturday morning devotions at Blackfen, Plan B began to look distinctly unappealing: the wind was howling and the rain was really lashing down. There was a brief point at which I thought the weather might clear up, but it didn't last long.
Happily, the UCM had arranged their annual Winter Warmer event. I popped in to the hall to buy some cakes (I was still intending to go to Westminster at this point) but, as I was returning to the car, the heavens really opened. I beat a hasty retreat back inside the hall, put the cakes somewhere safe, and settled down to a delicious lunch.
Maria was on the cake stall: I had already snaffled the Dundee cake and a rather nice-looking lemon sponge, but there were still plenty of others for sale. 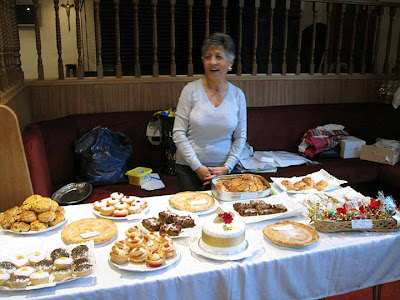 The ladies of the UCM were serving homemade leek and potato soup: I understand that it was really scrumptious, but, having a severe aversion to greenery in my diet, I refrained from trying any, and stuck to the sandwiches and mince pies. This was definitely another wonderful parish event. 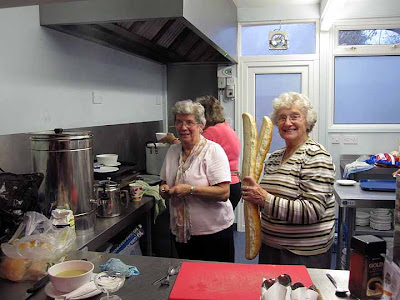 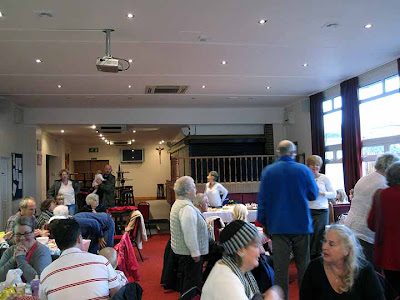 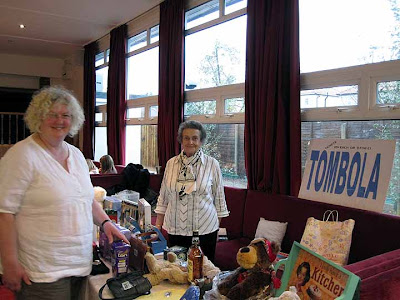 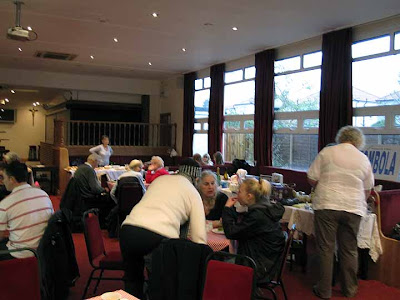 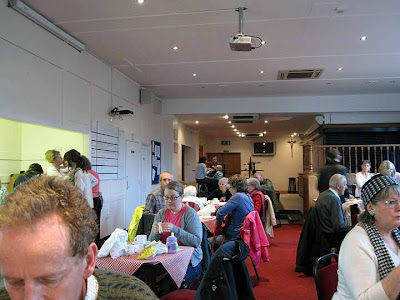 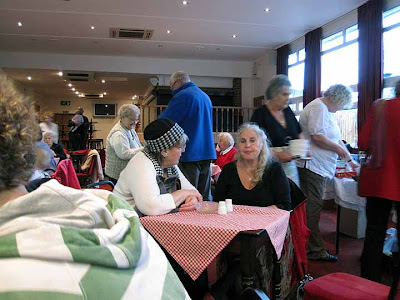 *In case any of you are puzzled by my reference to Michael Fish, this is what I'm on about...
Posted by Mulier Fortis on 14.11.09

My mother was pregnant with me at the time of the ''Great Storm.'' :) Also, and probably more interesting, during a year-long halt in the writing of The Lord of the Rings in 1945, J.R.R Tolkien wrote of a ''great storm'' that would occur in 1987 in the Notion Club Papers. You'll find this strange work in Volume IX of The History of Middle-earth.

The weather was bracing up London, but you got the bonus of the Towards Advent do (as many ACN Xmas Cards as you could carry plus cakes,) and the LMS Requiem Mass, so apart from running a few times to avoid being drenched, no complaints.

Shame for the Lord Mayor's Show though.

At the time of that terrible storm in the south, Liverpool was enjoying a period of calm weather and days of golden autumnal sunshine. I rang our Hastings office, to be told that the hurricane had blown in the windows at one end of the building, roared through the entire length of the open-plan office, and smashed out the windows at the other end. It was like a different world, and only a few hundred miles away.

In Minnesota U.S.A., I find February to be the toughest month, weather wise.Now it isn't too bad here.

This photo series (other than the hapless Mr. Fish!) is proof of how valuable and vital to the life of the parish our Catholic women are.

Agree about the cakes looking wonderful.

But, Mac: You PASSED on leek and potatoe (I spell it that way to tick off democrats) soup? WHAT IN SAM HILL IS WRONG WITH YOU?

I would give a pound of flesh for good potatoe and leek soup.

As re: the '87 storm -- was that the one that made a hash out of Kew Gardens, among other places? If so, I remember it was between two of my visits to blighty.

Gem, I'd gladly take the pound of flesh. I don't do rabbit food.

And yes, the 1987 storm was the one that trashed Kew... as well as reducing Sevenoaks to three...

So sorry I couldn't stay, but thanks for suggesting it. Shame, it all looks delicious!